HIV/AIDs, Public Health, and Prisons in the Late-Twentieth Century by Janet Weston

AIDS first appeared in Europe in the early 1980s, and prisons were soon identified as sites that would face particular challenges. Injecting drug use was one of the primary modes of HIV transmission, and the large numbers of drug users in prisons meant that HIV prevalence was high. Added to this were suspicions about the frequency of sexual activity and injecting drug use within prisons, and concerns about overcrowding and unsanitary conditions. Prisoners were not only relatively likely to arrive in prison with HIV or AIDS, but prisons themselves were thought to encourage the spread of infection amongst inmates and from inmates to staff. … [Read More …]

Identifying and Advocating for Women’s Health: The Duchess of Bedford’s 1919 Committee of Enquiry into Medical Care in Holloway Prison by Rachel Bennett 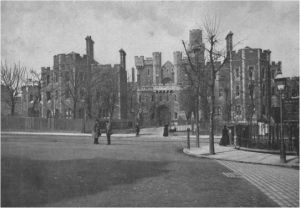 Opened in 1852, Holloway Prison was the City of London House of Correction and it accommodated both male and female prisoners. The prison’s turreted gateway and imposing structure earned it the moniker of ‘The Castle’. Newgate Prison was closed in 1902 and the increasing pressure for prison space prompted the decision to make Holloway a female-only prison in 1903. It was reported that, in addition to addressing the issue of prison space, this decision also met a broader aim of facilitating the ‘absolute separation of the sexes’. Holloway became the largest female prison in England but was quickly faced with overcrowding and a new wing had to be added in 1906. During the First World War, the prison witnessed shortages of provisions and medical staff, which resulted in it becoming a site for enquiry and a subject of debate over healthcare in prisons. … [Read More …]

In the nineteenth century, prison after care in England and Ireland had many similarities. The two countries were under the same administration due to the Act of Union in 1801, although not all legislation created in England was applied directly to Ireland. Prior to 1850, the prison populations in both countries were small. As transportation was phased out from the 1850s, more people were kept in prisons. In response to this, philanthropic systems of after care developed and these offered some immediate assistance to those leaving prison. By 1872, there were 34 small Discharged Prisoners’ Aid Societies in Britain. In 1877, recognising the need for assistance on release from prison, the government allowed for these societies in both countries to apply to the Home Secretary to become ‘certified’ and receive a maximum of £2 per prisoner they helped. In Ireland, aid societies developed more slowly and by 1880 there were just four … [Read More …]

Political Prisoners, Their Advocates, and Their Health by William Murphy 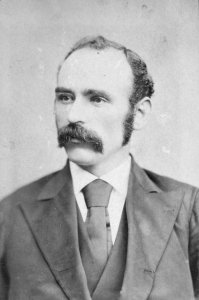 Since the emergence of modern prison systems in Britain and Ireland during the mid-nineteenth century, and despite the consistent resistance of the states and prison authorities, there have been those prisoners who have claimed the label or status ‘political prisoner’. These men and women have included Irish nationalists (from the Fenians in the 1860s to dissident republicans today), Welsh nationalists (most significantly during the 1960s), anarchists, suffragists, trade unionists, and conscientious objectors. In calling themselves ‘politicals’, they have sought to distinguish themselves from other prisoners on the basis that their political motivation in breaking the law made them different. Quite often, they have pointed to their incarceration under special legislation and insisted that the state was politically motivated when it jailed them. Frequently, they alleged that they were treated worse than other prisoners while, almost always, they demanded to be treated better than others. In making their case, they have been much more likely than other prisoners to attract organised support and public interest … [Read More …]

Can we argue that there is a ‘long history’ of debate and intervention concerning prisoners’ ‘right to health’? Or were prisoners, by virtue of their having broken the law, and thus the social contract, deemed to have passed outside the state’s obligations, including an obligation to ensure the right to health? Can we frame nineteenth-century debates on prisoners and healthcare as part of what Michael Barnett refers to as ‘alchemical humanitarianism’, a form of humanitarianism with an explicitly political agenda inflected by spiritualism that seeks to remove causes of suffering? If so, in what ways has this manifested itself in wider debates and in prison practices, especially those related to the health and wellbeing of the incarcerated? … [Read More …]

Re/Forming the Psychopathic Personality: From Psychiatric Construct to Political Expedient by Fiachra Byrne

Psychopathy has been described as ‘one of the most important concepts to ever emerge in forensic psychology and law’. The association of this prototypical personality disorder with antisocial and criminal behaviour and its apparent widespread prevalence within prison and offender populations has long made it a fit object of both medical and political concern. Its salience for forensic psychiatry and prison medicine is also predicated on its occupation of a diffuse and ill-defined boundary space between criminality and mental illness. Although a nebulous and divisive concept even amongst medical professionals, the creation of psychopathic disorder as a legal entity in England and Wales in 1959 owes much to the campaigning efforts of British psychiatrists … [Read More …]

Return to Inside Reform